If you’re not driving a heavy vehicle or one of the new diesel cars, you probably didn’t know that there is an AdBlue® tank next to the diesel tank that reduces emissions.

“Do not use just any random AdBlue® product in the car, although it may seem that every single one is the same. It is important to buy only the product of an accredited manufacturer, given how complicated the product is. Even small deviations from the standard can cost thousands for repair works. ”

So what is this liquid about? Slightly chemical and very simplified – it is a solution of urea in water, which is not toxic and harmful to humans, nor the environment. The purpose of AdBlue® is to neutralize nitrogen oxides (NOx) from all diesel engines. Importantly, AdBlue® can only be used in vehicles equipped with a selective catalytic reduction system (SCR).

Richard points out that AdBlue® neutralizes about 98% of all diesel emissions. It is important that AdBlue® is a completely separate substance from the engine and fuel, which is injected directly into the exhaust system from specially designed tanks – the ammonia in the liquid neutralizes NOx.

In principle, AdBlue® cleans the exhaust system, resulting in harmless nitrogen and water vapor coming out of the muffler.

“Studies have shown that a car with AdBlue® intakes much dirtier air while driving, than it emits from the exhaust system. If we want to clean the air in the city, then we have to let diesels with AdBlue® run through the city”, Anderson is convinced.

More then 50% of the company’s total production is AdBlue®, but only a fraction of this is passenger transport – most is used by ships, tractors, heavy trucks, construction and other heavy machinery.

The remaining 50% is made up of other CrossChem products including  liquid fertilizers, windscreen fluids, antifreeze, anti-friction oils, lubricants, and the company also produces AUS40 product used by ships to reduce emissions.

“We are going into segments related to agriculture, trying to develop products that are environmentally friendly – we see ourselves as providers of a cleaner environment. We are looking at everything where there is a possibility to streamline processes. ”

The new railway terminal at the Olaine plant is one of the biggest assets, as it allows the company to receive the raw materials needed to manufacture products in large volumes.

An important component in the production of AdBlue® is water, which needs to be rendered completely dead – free of minerals and other additives. To achieve this, the water from the 148 meter borehole is purified in 12 different stages.

The maximum quality of all the components is another key to success: the company patented its brand in dozens of countries around the world in order to insure and protect the products quality, which is produced with the high standard.

One of CrossChem’s know-how is its own unique production line. It can be operated by just one employee, which saves on labor costs, but can produce 1.4 million liters of AdBlue® in eight working hours.

The company cannot afford to be wasteful – its main competitors are billion-dollar companies. So small cynics like CrossChem need to think smarter.

After a product is produced, it is tested for 19 different chemical elements. Richard ensures that no poor quality product is passed on to its customers.

“In the case of AdBlue®, a poor quality product means repairs costing hundreds or thousands of euros. But this can happen due to users’ own carelessness. There is a reason why the water has to be completely dead: AdBlue® must be free of all impurities, including the smallest trace elements – even dust, which can be “caught”, for example, by holding open a can of AdBlue® sold at petrol stations.”

“The AdBlue® injection system is very delicate – even the smallest dirt can “clog it up”, the system simply stops working and needs to be replaced”, says Richard.

Repairs cost hundreds, even thousands of euros. He has seen first-hand the cost of repairs on a heavy machine in Australia – the bill was A$35,000.

If, for example, a 1 000 litre tank is faulty, the consequences can be worth hundreds of thousands of euros. He, therefore, advises potential customers to think carefully before choosing a product that is a penny cheaper, because that penny may have been saved on a very important quality criterion, or the supplier may not be an accredited manufacturer at all, which carries no warranty.

CrossChem has also developed its own refuelling network to make it more accessible to customers – you have to drive up, get a special card and the station gives you permission to fill AdBlue® into the tank with a “gun”. At the end of the month, you get a bill.

Similar to the public AdBlue® refuelling systems, there are already ten of      CrossChem filling stations in Latvia, and many more globally. Typically, a car can fill about 20 litres, a truck up to 200 litres.

It should be understood that AdBlue® is essentially needed for new cars, as the old ones were built according to the old emission regulations, which  were generated before AdBlue® was developed.

“In 2004, the first Euro 4 standard was introduced, in which AdBlue® could already be marketed. Now, new cars have to comply with Euro 6, which requires diesels to be extremely clean. The new regulations set a certain amount of emissions that a car is allowed to produce and, in fact, we are now at the point where it is impossible to achieve this without AdBlue®. If a car cannot achieve it, it is simply not allowed to be produced”.

“The data shows that diesel combined with AdBlue® is one of the most efficient fuels if we base our business on economics. Electricity, on the other hand, is still more expensive if you calculate the cost per kilometre”.

Overall, Richard is in favour of both the ban on old cars in Latvia and the development of electro-mobility, he just doesn’t see the economic case for electricity yet.

“I don’t believe that Latvia should be a graveyard for old cars in Western Europe. That is completely incompatible with my idea of a green Latvia. From a cost point of view, it is undoubtedly cheaper to drive a new car, but I am well aware that it all comes back to the moment of purchase.

The financial performance is excellent, the company generating up to 25% return on invested capital,” Anderson points out. “There are not many businesses where you know for sure what the next ten years will be like. In CrossChem’s case, I know what we are going to achieve and what we have to achieve.”

However, Richard sees a grand future –the company target is to reach a year turnover of €50-70 million.      This article was originally published on LA.LV in Latvian. Texts may differ from the original because they are abbreviated and adapted to the format of the website.

Back to all publications
© CrossChem | All rights reserved | 2023
Menu
Menu
We use cookies on our website to give you the most relevant experience by remembering your preferences and repeat visits. By clicking “Accept All”, you consent to the use of ALL the cookies. However, you may visit "Cookie Settings" to provide a controlled consent.
Cookie SettingsAccept cookies
Manage consent 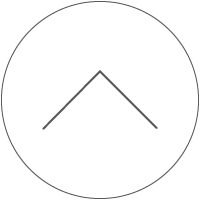